for 1 month for 3 months for 6 months for 1 year for all the time
Contributor: Amy
Total articles`s
2
February 10 134

Ads on Facebook may not work for various reasons. Often the problem is a violation of the site's rules and errors in the impressions settings.

Advertising is a source of income, and the social network is interested in new ads. So if Facebook doesn't show your ads, there are objective reasons for this.

The most common can be divided into two groups:

Facebook's advertising rules support compliance with the law and ensure high-quality content so that users do not want to leave the social network.

For this reason, your Facebook ad may be accepted initially, and then disapproved shortly afterward.

You can retry launching your campaign but check the following points in it and make some adjustments if needed.

First and foremost, your landing page is checked by Facebook, so make sure it’s compliant.

The place that you are directing your traffic to cannot break any of the Facebook ad policies. Probably, this is one of the number one reasons people get their Facebook ad accounts shut down because they think: "I can just put whatever Facebook wants me to say in the ad, then direct users to my landing page where I can put everything I want." No, that’s false. Facebook also monitors the videos on your landing pages. They do not always watch them, but oftentimes they do.

Consequently, if you are breaking the policies inside of those videos as well, you are going to be in trouble. Make sure that your landing page and the videos on it meet all the requirements.

However, the second step in your funnel, meaning if they are opt-in or if they click to an order form, none of that has to be Facebook compliant. Just make sure that you are still good with the FDA and the FTC — you comply with your industries.

With Google Analytics you can easily check the conversion ratio page (ratio of the number of people involved in the required action and the total number of visitors of the page). If the conversion rate is low, you need to work with the landing page. Also, check whether the promise in your ad matches the page you are redirecting people to.

2. Avoid Before and Afters

Many people think that you should include ‘Before and After’ examples to your landing page or Facebook ads. And people try it all the time. But this is practically the first rule of Facebook policy — do not use before and afters in your ads.

This is not because Facebook does not want you to be successful, it is because so many people have been scammed. So, you have to find creative ways to show "before and after". For example, you can create bridge pages, using many chatbots as a bridge, or you can also use a quiz.

Remember: you should not make a promise, whether this is the success that you can achieve, the body you can have, the lifestyle you can follow. You cannot guarantee or even imply what is possible for the people who are reading your ad. The reason is that the product (service) is not going to work for everybody, and Facebook wants people to have a positive experience. One of the ways you can get around this — you can tell stories of clients, testimonials, or clients’ results or even your own results — you send the message "You can do it too." Using stories of other people to make claims is a real working strategy. Just make sure that they are substantiated and you are not exaggerating in case the FTC or the FDA ever come knocking. It is better to have documentation to prove your claims true.

Ads targeted at the wrong audience (e.g. advertisements linked to alcohol targeting minors or countries where such advertising is banned) would be easily disapproved. Pay attention to your targeting so that you don't involve ethnic groups or demographics that can mark Facebook as inappropriate. 4. Make Your Ad Clear and Transparent

Facebook tackles fraud and false claims. Make the same bid visible in your ad on your landing page. Include all landing pages with the terms of service and privacy policy. Do not include photos that imitate features of the web (such as a fake button to play video). Don't make unreasonable claims and keep the product/service consistent with all images. It is a common mistake, so if you face rejection due to false statements, try to add a disclaimer to your ad&landing page (results can vary): Privacy is a major concern of users on Facebook. So while you want to exploit the strong targeting algorithm on the networks, you don't want to be a creep about it. Highly target your ad, but don't appeal explicitly to the personal qualities of that targeted group of people. You should be very mindful of how you write your copy — especially those companies who play in the B2C field. Brands want to be very authentic with a recognized brand voice, but the truth is it's a double-edged sword: you don't want to go too authentic where the informal tone feels inappropriate or too targeted and calling out a personal attribute.

The trick is to say something simple. Facebook does not want to talk to its community about how insane their targeting can be in-depth. If you type “Like You!”, you are creeping people out with your adverts.

Ads usually get rejected because they don't follow the platform's rules to ensure security and protect all of its users' intellectual property and personal information. Heads up: There are different group expectations for Instagram and Facebook. Knowing both of them is worth it.

Facebook doesn't like it when more than 20% of the image area is taken up by text. In addition, it does not like the text in pictures at all and immediately warns that the coverage will be worse than you expect. The teaser approach does not work here and you will have to place your killer title in a special field. When the platform was relatively new, your ad could not be approved with more than 20% of the text. Today, such ads can be "pushed", but your coverage will be significantly lower and the ad will be unscrewed weakly.

You can reduce the font size or reduce the spacing between letters to get a valid status, but how will tiny letters look in an ad to your potential customers? You can try to translate the text into a pixel and present it as an image for Facebook bots, but it is better to write a high-quality, catchy title.

Facebook has a handy tool that allows you to upload an image so that you can check how much text is on it before launching an ad.

This rule does not apply to:

8. Make sure Each Element Is Functional

Facebook calls the image of non-functioning play buttons, checkboxes, polls, and notifications as non-existent functions. An ad will not pass Facebook moderation if the button cannot be clicked and the response option in the survey cannot be selected. These elements are used for clickbait. For example, a user wants to watch a video in the feed, clicks on a button that was displayed, and suddenly goes to another site.

9. Keep an Eye on Audience Reaction

If people don't like the ad, it will lead to lower impressions. You can track audience attitudes in your ad account, on the ad tab in the Reviews section.

Positive and negative feedback: this indicator is visible for each ad, and you can adjust what the audience doesn't like. If people block an ad, it's possible that the target audience is configured incorrectly, or the content hasn't changed for a long time and has already become boring.

The frequency of ad impressions in Facebook is important: if the indicator is greater than 2, and the efficiency drops, then the ad does not suit this audience or its content does not arouse interest.

Optimization settings: Facebook recommends choosing the conversion method, but this is not suitable for a new campaign that doesn't have statistics yet. First, it is better to choose optimization for clicks and then switch to conversions.

If this happens, you must first check your payment information. What type of payment was selected during registration? If there are no impressions and the payment method was rejected by Facebook, then the funds are not debited from the card. You can try registering a different card or linking the card to a PayPal account, which you can then specify in your ad account.

If you were able to link a new payment method, pay the debt manually.

Check the value of the campaign limit and the account limit: The limit must exceed the amount already spent by at least 10%. Moreover, the limit is not reset automatically; it must be checked and updated. Instead of changing the limit, you can reset the cost amount to zero.

If you are sure that the ad meets the rules, but Facebook still did not approve it, file an appeal in the social network's Help Center. You need to fill in the account ID, rejected ads, and describe the situation. If the ad was rejected by mistake, Facebook will launch the ad again.

It is worth noting that after launching an ad, you should not immediately expect results. You should wait about a day, then make conclusions and try to edit the settings. Facebook doesn't allow changing parameters too often. if you edit more than 15 times within an hour, you will have to wait another hour to make new changes. 182
0
0
How to Know the Right time to Change Your Facebook Creatives... 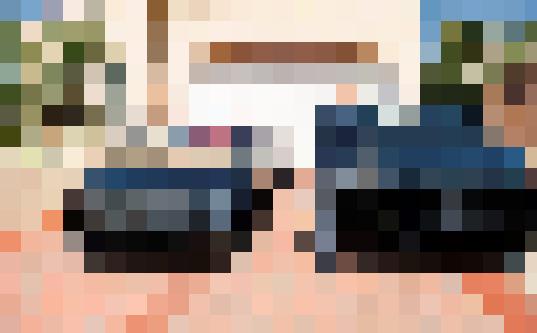 168
0
0
The Interview with the Founder of the Financial Affiliate Program:... 186
0
0
Interview with Adam Enfroy: Becoming A Millionaire Blogger in...