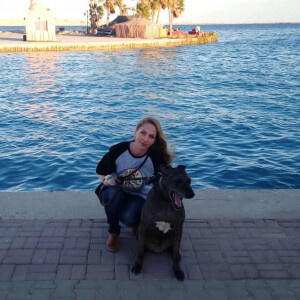 Contributor: trustee
Before joining the Partnerkin team, I worked as a marketing director a...
Total articles`s
46
February 07 154

The affiliate marketing industry is in the limelight and only the laziest of us do not consider affiliate marketing as an additional potential source of income. You might have heard of dozens and hundreds of thousands of dollars the most successful marketers get monthly. But what are the real numbers? Who are those top-earning people in the affiliate industry? The research conducted and published by A. Guttmann shows the affiliate marketing spending in the US from 2010 to 2022:

The good news is that the industry doesn’t seem to slow down and offers numerous opportunities. The crème de la crème of all affiliate marketers make 7 or 8-digit numbers.

So, here is the list of top-earning affiliate marketers (the list is not in ascending or descending order, it represents some of the top-earning personas in the industry). We mean not those who announce themselves as gurus (in other words, marketing themselves) but real people who make real money (in impressive amounts) in the digital marketing industry.

Most of the people from the list are self-made and gained their qualifications and expertise through first-hand experiences, continuous trials, and endless learning. They all offer free materials and guides for novices, so you start right off. Later, when you realize what marketing direction you are more interested in, you may dig deeper and purchase some detailed, specialized materials you need to reach your specific target.

As of 2021, Gary Varnichuk’s net worth is estimated at $200 million. Gary is the co-founder and CEO of global digital advertising agency VaynerMedia, partner of a venture capital fund VaynerRSE, DailyVee vlog host, and four-time New York Times bestselling author. Perhaps, Gary is one of the most recognizable marketing gurus. As he told in one of the interviews, he “started thirty-three years ago by plucking flowers from other people’s yards in the neighborhood and selling them in the market.” As you see, he is pretty successful with sales.

Actually, Russell is one of the most well-known people in the affiliate marketing industry: an entrepreneur, author, speaker, and coach. He was at the wellsprings of a software venture known as ClickFunnels. The company helped numerous online marketers to create sales channels and boost their businesses. Moreover, he published and sold over 250 000 copies of his books, including DotCom Secrets: The Underground Playbook for Growing Your Company Online, Networking Marketing Secrets, Expert Secrets, 108 Proven Split Test Winners, etc. Russell’s net worth is around $40 million.

As of November 2021, Neil Patel’s net worth is around $35 million. Neil is the undisputed guru of affiliate marketing. He is well known as an expert in the field of content marketing, lead generation, and search engines. Forbes listed Neil Patel as one of the top 10 digital influencers. Neil runs his own blog, and he is a co-founder of CrazyEgg, HelloBar, Kissmetrics, and some other sites. He has also consulted such giant companies as General Motors, Amazon, Hewlett Packard, NBC, and so on. Jacob entered the online business and began building his empire in 2017. As of now, he has reached a 7-figure income. He is focused mainly on premium-priced information marketing, high ticket affiliate marketing, and consulting (coaching). Jacob is also a "proud seven-figure entrepreneur who is a ClickFunnels super affiliate". Rayan created a revenue booster for online businesses that is called the Customer Value Optimization tactic. He is the CEO and founder of DigitalMarketer.com, one of the reputable platforms for digital marketing education. Rayan is considered a digital marketing influencer with a solid reputation and weighty clients like Shopify, Uber, and InfusionSoft. There is no official data about Rayan Deiss’s net worth; however, DigitalMarketer brings him around $10 million annually. You might easily recognize Rand Fishkin by his famous mustached look and as a former CEO of MOZ. Rand is one of the most influential digital marketers when it comes to search engine optimization. In 2003, he launched a blog that was later transformed into a software company. Rand offered one of the best SEO tools for content marketing. Rand Fishkin’s net worth is estimated at $12 million. Fact 1 — Tim’s net worth is around $50 million. Fact 2 — Tim Ferriss is considered "a bad boy of the digital marketing industry". In fact, he is one of the most successful marketers and investors. He invested in Duolingo, Shopify, Facebook, and many other businesses. The Wall Street Journal and New York Times listed his “4-Hour Work Week” as a bestseller. Tim wrote several books that became viral, and his podcasts and audio shows were downloaded more than 100 million times.

Pat Flynn’s blog The Smart Passive Income is one of the examples of how blogs can be monetized smartly. His blog has been known as one of the fastest-growing online businesses. Pat also runs a podcast of the same name that is listed in the top three business podcasts on iTunes. Today Pat Flynn is a well-known owner of Flynndustries and the founder of Green Exam Academy. As of 2021, Pat’s net worth is estimated at more than $2 million. If you read the NichePursuits blog, then you should be well aware of who Spencer Haws is. Spencer is a blogger and a digital marketing guru who studied web development and search engine optimization on his own to move out of his conventional banking career. He is known for creating Long Tail Media, a keyword research instrument, widely used by small businesses and digital marketers all over the globe. Sam’s net worth is $10 million as of November 2021. According to Forbes, Sam quit his office job, dropped out of college, and launched his own consulting business via Consulting.com. His most known venture is Consulting accelerator. In fact, affiliate income varies significantly. The examples from the list above seem inspiring but in reality, many people struggle to earn any income from their online businesses (i.e. blogs, websites, affiliate programs, etc.) Sometimes they expect to get 5 or 6-digit income right from the start and after several months spent without earnings or with very low income, they get impatient and give up.

The most important thing you need to know about any kind of digital marketing, including affiliate marketing, is that it is all about patience, testing, and persistence. Add here the ever-changing nature of the marketing industry and continuously improving technologies, you should always keep your nose to the wind to hit the target numbers.

The success of others can be inspiring, and it means that there is nothing impossible. Top-earning digital marketers prove by their first-hand experience that continuous research, testing, and creative approach help to take your online business to the next level. It doesn’t matter whether you focus more on PPC marketing, SEO and content marketing, email marketing, or social media marketing, you can find your own path to success. 262
0
0
How to Promote a Special Affiliate Product with Free AI-Generated... 15
0
0
Brian Casel: Insights From an Entrepreneur Who Successfully Built...