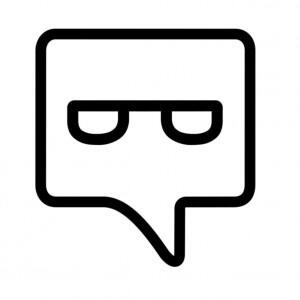 How to Monetize Chrome Extension — 80 000 followers in 7 Days

3.5 billion people. This is half of the Earth’s population or the number of Google Chrome users. This means that half of this planet is the audience, which can be potentially turned into the traffic. This is the reason why Chrome Extension monetization is considered to be one of the easiest ways to make money online. Let’s get deeper into the nature of extensions.

Extension and What It Is Made of

To start from the basics Chrome extensions is special software, which has very narrow specific features and enhances the operational capacity of the browser. The name speaks for itself. This small program extends the default features of Chrome. Besides the additional value users get from using the initial functionality of the Chrome plugin, it also gives a chance to make some money on ads. Thousands of extensions are available to download Chrome Web Store, which is a platform for Chrome plugins developers to place their products. Most of them are free of charge, and despite the name, users don’t have to pay for anything. Additionally last year Google announced shutting down all the Chrome apps and extensions remain the only option for developers and advertisers to promote their products. It means that this niche will streamline and open the opportunity windows for those, who strive to have an additional income with zero or minimum investments. Chrome extension can become a gold mine for three categories at the same time:

Each of these categories requires different approaches, skills, and time resources. The financial result will differ as well.

What Is the Scheme Behind Extensions

Ads underline the basics of this scheme. Once the person installs the extension it starts to demonstrate the advertisement with a certain frequency. Users don’t need to jump between any third-party applications or software. The demonstration happens right away in the same browser, while a person is conducting a regular search on the internet.

The beauty of this method is that the user doesn’t have to click on the ad from one side, from another side, the advertisement pop-ups in a certain part of the screen as a block within a certain period. It doesn’t annoy the plugin user throughout the day.

To start monetizing your time on the internet you need to download and install certain extensions, which pay for the time spent on the internet. Now when you open the website, the ad-block or banner will appear for about 20-60 seconds and this time spent on its stargazing will be paid off. Usually, such ad blocks do not interfere with the work of the website and do not prevent from using it.

At this point it makes sense to state, that this is a win-win deal for all the parties involved:

Make Dollar a Day with No Efforts

Let’s start with the most simple way of making money. No doubts it is an extension user, who can make some passive income without breaking a sweat. The latest Global Digital reports showed that on average one person spends 6 hours 42 minutes online every day. Imagine, that you can get some additional money reimbursement for this time by actively using the extension. This is a very ambitious goal, but it is manageable to reach step by step:

2. Once the perfect extension is found, the user must download it and install it. After it plays with the setting, making sure that the ads demonstration mode is on. Every extension provides a user account, where you will have to provide your personal, payment data and preferences.

3. Start using your browser normally and check the wallet for your remuneration.

It can not make a fortune, but a dollar or two a day is a possible result, which may end up in nearly 50 dollars monthly. That would be enough to pay for your coffee or cell phone. On average the rate is a few cents for an hour of active watching, but it can be increased multiple times by creating a referral network by the means of your web resources, blogs, or social media accounts. Basically, on top of your income, you will get 5% out of other users’ income, who simply completed the registration by following your links.

Tips for Those Who Know the Code

The next level of making money on Chrome extensions is to make them. Of course, it requires special knowledge. And even if you know how to code, you need to come up with an idea for a plugin, spend time on its invention, testing, and placing it at the store. Still, it doesn’t make money by itself. To get profit this extension should play a role of a third party, which provides a platform for the ads to be placed and displayed. This involves some extra work on finding the advertisement and negotiating with them. Therefore, programmers have two option of how to make some cash on their brainchild:

How to Launch the Extension and Get the Payments

As an answer to scammer actions Chrome Web Store canceled the possibility to sell the apps or extensions directly to users, however, there are a few shortcuts to use.

Another way to streamline the sales after the Payments in Store will die is to use a separate platform. One of such platforms is Monetise.so. This is a billing portal for extension owners, which helps to keep up with the monetization with some minimum commission.

Another option to make money on the extension is to be dedicated totally to ads selling. It means that from the beginning extension will not bring any other value, except for popping up your advertisement at a very low rate. Such extension owners offer mainly three types of advertisement:

This scenario attracts the advertisement by its extremely low cost per click rate, compared to the context ads. As a result, the whole campaign cost may cost 5 times less with the traffic to 300 000 unique views. This type of extension creates a win-win strategy both for extension developers and users. Ways to Streamline the Extension Backfire

If you already have an extension, but it doesn’t bring desirable results, here comes three winning tactics to make it work:

A Fly in the Ointment

To add a few drawbacks for dreamers, who still believe that money can come just like that:

To sum up, it should be mentioned that Chrome extension is an excellent option to start getting passive income. Even users can monetize their time spent on the internet by running specials extensions. Money earned on it may become good financial support to create an extension in the future and turn it into a working model, which brings monthly income. This is a good strategy to enter the market as it has low barriers and doesn’t require that much investment. 186
0
0
Creating PDF Files, and Promoting Them with a Special Free Traffic...