ProfitSocial is a smartlink affiliate program from a direct advertiser. Smartlink has about 1,500 affiliates from over 150 GEOs, specializing in mainstream and casual datin', but there are alternative verticals as well.

Affiliate managers customize the funnel for each affiliate at the start, after that the funnel is automatically optimized for the affiliate's maximum EPC. The platform provides its own promo, if webmaster needs it.

Payments are made twice a month. If an affiliate earns more than $1k/week, they are switched to weekly payouts.

ProfitSocial welcomes every new affiliate with a welkam bonus, provided they earn $3,000 or more within the first three months. 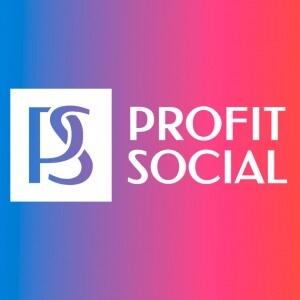 I say at once - if your income is less than $2k a month, you can not even try to register there because they will not let you through. I do not know since when they have this stupid requirement, but at the time of writing this review is a fact. Moreover, I have already been at them zapruvannymi account long before that, which even had some money, but at some point I stopped driving traffic them for some reason the ratio fell to zero. Then I realized after reading the reviews of other people why this may have happened. For they have this trick - first give a couple of leads for the primer, and then the ratio is stupid gone because turn on the "machine shave", I don't know whether it's really true, but at that point I willingly believed it, because it was enough to transfer at least part of the traffic to another affiliate program and immediately went leads, and the PS - silence. Although at first I repeat, everything goes smoothly, and then the converted somewhere disappears.

So despite the fact that I already had an account, but they were as always some kind of "move" from one "system" to another. And after that everyone, as I understand it had to re-moderate (facepalm). And after the manager Egor (this is a separate topic of conversation) finally 2-3 days later was able to check the screenshots from the other affiliate, he told me the "wonderful" news that it turns out those who drove traffic less than $ 2,000 a month, they do not take. As if this could not be said at once? And you had to zadalbyvat with screenshots, two days to stupid answer once a day at best case, to the end to report it. Once again facepalm. In general, the findings do yourself.

But even add that there are friends who are either driving traffic or have already drove traffic after all these "updates" on this affiliate program, so they also speak of it not the best way. Although at one time it was a promising affiliate program, but now a circus, which is a who knows what they think of themselves. Let them drive traffic themselves).

dima_391
All stats are zeroed out.

I was getting traffic on the dating site. Everything was displayed correctly, there were honest upruns. So I scaled up. At the same time I was driving traffic traffic to 2 other affiliates, so I rarely tracked the statistics. As a result, ta dame, I have an empty account, as if there was no traffic. But at the same time, the site through which I drove traffic traffic shows me 60k conversions, interested audience and pure traffic, and even the solvent, most come from the U.S. and used technology eple.

That's how it is. Thanks to affiliate program for great experience, now I will check partners more carefully...

The affiliate is the usual, not different from other competitors. Is that the annoying minimum of 250 bacha. Which basically eliminates half of the schoolboys. And most of the people there are experienced. Who are not afraid to drive traffic traffic in tests of new partnerships.
I can tell from my own experience, my traffic, which drove traffic into all this kind of affiliate links has not changed at all. In one range of earnings.
I always share my traffic in these adalt partners.
Lem 3-4 days for each, and there are about 3-4 top affiliate companies on this topic Adalt.
Then I wrote out in Excel table with the ratio of units and nabila of each conversion. and TDS divide by country and affiliate. Let me say this, the ratio grows by 40 percent more than just merging into one affiliate. Because in each of them affiliate payers is different. One country is converting, and the other is not.

All you need to do is to make a little trouble with division of traffic and you'll be happy...

+ By the way, I've always been mad about those offers, who can't translate the link to the country, where the traffic is coming from. Asians don't really understand your English. So much conversion and money is lost because of the laziness of translation.
You can work, but you will hardly see anything super new or interesting for yourself.

I signed up after they lowered the minimum to 250. But I started driving traffic after the manager got out and offered a promotional smartlink with higher rates, it went well for me, just drove traffic on those geo. Manager to communicate adequate.

0
Partnerkinbot
Didn't get the minimum score

They did not let me get the minimum score before the new year, no matter how many times I tried - nothing converts, although they say that they are the best converting offers - well, where is it. They claim they have the best ones for converting - well, there's no way. I asked the same question by telegram - first they advised to contact their manager, although they said they had already contacted them and had no results. Perhaps for that and overstated five times the minimum to throw the partners in the big, if they do not want to pay $ 50, much less talk about 500!

Where did so much praise of the articles come from? Are they paid for? They are praising themselves in order to deceive as many people as possible. Pokonvertilo a couple of days after registration, then stopped converting at all, I had to leave there, then again slightly pokonvertilo and it was obvious that more than 1-3 conversions they do not count, ie shayut, if at all count. Especially surprising reviews where they praise the "responsive" staff: the manager does not care at all, the message rude ignored, with regard to the fall of the conversion nothing intelligible answer, like, well, there is one conversion (of 150 unites or for the entire day!). Then the conversion from the U.S. diminished, and the other geo have ceased to convert at all, and the minimum was impossible to dial. All these screenshots with fabulous amounts on the balance, most likely from their accounts and made, of course they themselves are not shayvat!

I completely agree with the author, a couple of registrations and all, silence.

Super partner. I am pleasantly surprised by the number of offers and the speed of the team. Great support team and friendly managers, Alena, special attention, who is always ready to help and give advice. Thank you, keep up the good work!

Sidikey7
Dating payments on the foreign market are higher than those of the competition.

The guys have recently started working, but I've seen their offers for a long time. Payouts for bourgeois dating are higher than those of their competitors. Timely payments. drove traffic about $3k on the affiliate, we switched to weekly payments. Payments on time. Convert at the level, in some locations on the foreign market the difference is palpable, of the minuses slow tracking platform, helpport on weekends respond with delays.