The Polish game company PlayWay has collected more wishlists on Steam than any other publisher, leaving Square Enix, SEGA, and Electronic Arts trailing far behind. According to Statica.com, PlayWay’s annual earnings were $199 960 000 in 2020. PlayWay gained this traction by applying a controversial marketing strategy that’s new to many people in the gaming industry. The company keeps making and promoting trailer videos for hundreds of video games that don’t exist.

In this article, we are going to examine this method of promoting games by PlayWay and point out the benefits of choosing this strategy. This rejection prompted the CEO to go with a philosophy whereby the company was to publish their games by themselves without minimum or no outside influence. Since then PlayWay has published over 70 projects, the most famous being House Flipper, Thief Simulator, and Mr. Prepper.

PlayWay has a team of 126 game developers. Every developer is free to come up and share new game ideas with the rest of the team in an internal Discord group for the company.

All game ideas are discussed by the entire team and once one is approved by 10 developers, then the project gets underway.

Before a new game is developed, PlayWay creates a trailer for the new undeveloped game using pre-renders or CGI graphics and launches it on Youtube and Facebook. After launching the trailer on Youtube and Facebook, PlayWay adds the project to Steam. Playways adds the game details and descriptions but it doesn`t add any information about the game’s release date or videos with real gameplay.

What the PlayWay team does here is to monitor the reaction of the audience on the trailers and they use the reactions to conclude whether they should pursue the project or not.

"We read the comments, we watch what people are saying on Facebook, YouTube, and Steam, and we adjust to that.  Where else can we get such a focus group for free? Only on the Internet," says Kostowski, the CEO of PlayWay.

Unfortunately, many projects that are promoted by PlayWay end up not being developed. If the project does not find support from gamers on Youtube, Facebook, and Steam, then the development is canceled.

However, PlayWay doesn’t delete the Steam pages of the rejected games. This is because Steam doesn’t really care whether a game is published or not. Even unpublished games appear in users’ wishlists. This in turn has helped PlayWay to gain more traction and rise up on the Wishlists charts.

According to analysts, at the end of March 2021, 29 PlayWay game titles hit the top Steam Wishlists. This was way above the top competitors as Square Enix had 9, and SEGA had only 6. Benefits of This Strategy

This strategy helps PlayWay not rush to produce games. The information they receive after launching the trailers has helped them to determine which game ideas are capable to turn into big hits and which ones won’t. This protects developers from wasting time and resources. Kostowski compares PlayWay's strategy to Kickstarter, the only difference is that PlayWay doesn’t charge upfront for projects that may never come out. A look at PlayWay’s official upcoming games list shows that only two out of 114 games have a set release date.

PlayWay is not the only Polish company to pursue this controversial marketing strategy. The Gaming Factory does the same. Gaming Factory buys up rejected PlayWay projects and refines them. In the last year alone, it has bought five games but has not yet published them.

How to Increase the Scroll Depth of Your Website by A/B Testing
How do you like the article?
#game development 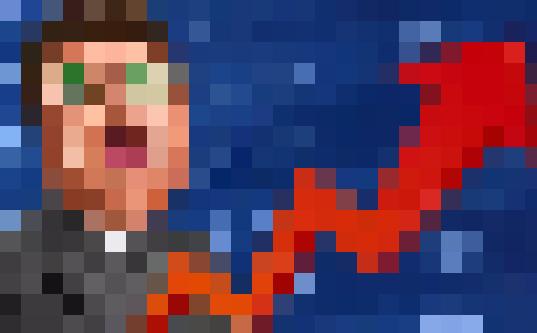